Hospitals: Benchmarking is Not a Cost Reduction Strategy 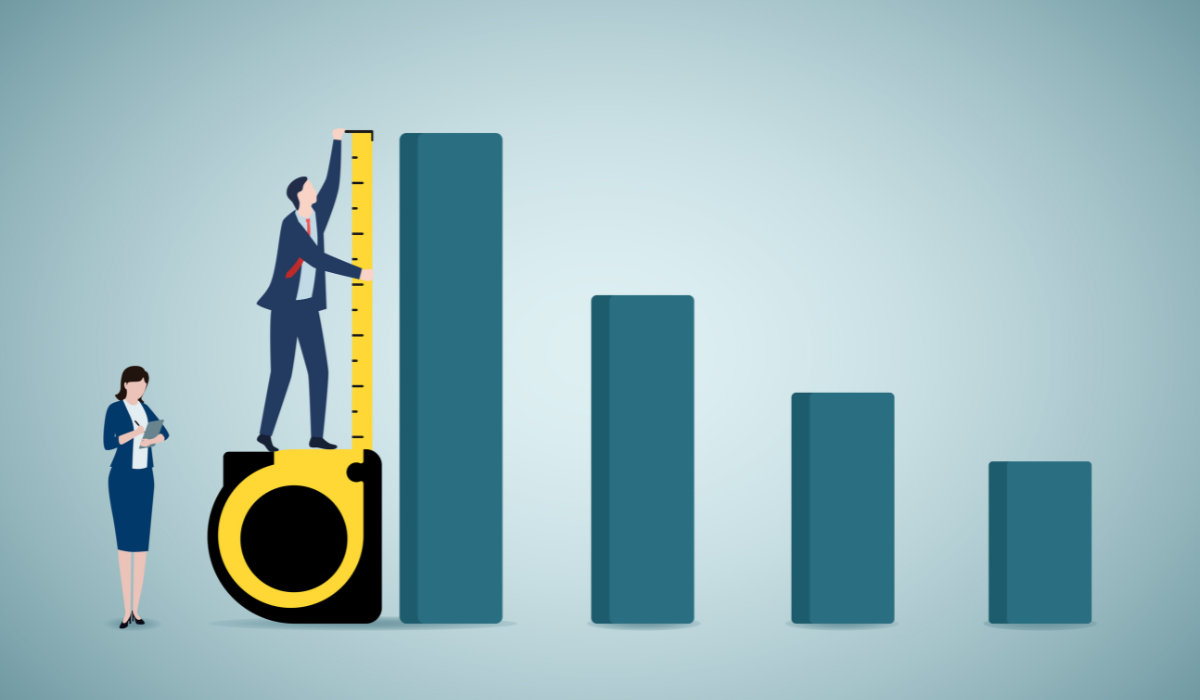 In healthcare, benchmark studies and productivity reports are the gold standard for leaders looking to make their facilities more efficient, provide patients with better care, and achieve cost savings. However, if you’ve ever spent countless hours extracting and sending data to costly benchmarking organizations only to be no closer to reaching your financial and operational goals, you’re not alone. We hate to break it to you, but benchmarking often doesn’t achieve the desired goal.

That’s not to say that benchmarking isn’t valuable. In fact, it serves a very important purpose in any strategic cost management initiative. But at the end of the day, these reports on their own are not enough for hospital leaders to enact any real change in their organization, especially when it comes to uncovering cost savings. In our last post we outlined four things hospital leaders can do now to begin cutting down their operating costs without reducing headcount. In this post we’re going to discuss why benchmarks alone won’t help you reach your organizational goals.

This is the second of a three-part series on The Culture Change that Sustainably Reduces Hospital Labor Costs. Scroll to the bottom of this article for links to all three parts.

Targets defined by upper management without the input of each department are bound to fall flat because they’re less likely to get buy-in across the organization. If you’ve ever found yourself in a room arguing over the validity of a benchmark, you have felt this frustration firsthand. Whenever senior leadership makes sweeping decisions across an organization – regardless of industry – there’s bound to be pushback, but when department heads aren’t given a seat at the proverbial table, the chances of adoption decrease immensely.

Benchmarking turns every employee and action into a data point to be analyzed by upper management without much context. Although these data points are valuable, it’s almost too easy to make a bad judgment call and alienate valuable employees. It’s common for benchmarks to miss key differentiators between peer groups, so staff may feel that the benchmarks are irrelevant to them or that they don’t tell the full story. It also doesn’t help that benchmarks are typically one to two quarters behind, so by the time the data is reported, there’s a good chance it doesn’t apply anymore. For example, some hospital departments, like the emergency room, report an uptick in patient volume during the winter in comparison to the spring/summer. The data in the brand-new benchmark study you just purchased is probably at least 90 days old the first day you begin using it. This is going to cause problems for your departments that experience seasonality in their inpatient volumes. Your ED leader might see the new benchmarks and reject them out-of-hand because they’re out of sync with calendar year timing. Understanding these inconsistencies and getting insights into the full story from your department heads is key to setting realistic targets.

If your team lacks the power to amplify their concerns and provide this vital context, they’ll be tied to a goal they don’t believe in. This is a great recipe for loss of trust and will prevent any real progress.

In our last post we recounted how one of our clients had been sending med-surg patients to the intensive care unit when they were backed up. Considering that ICU nurses can only be assigned to up to two patients at a time in comparison to four to five for med-surg nurses, this ended up being a very costly problem. Despite everyone knowing it was an issue, the problem persisted because no one felt they had the power to take control and implement a solution. Some had potential solutions in mind, but may have feared they’d be stepping on someone’s toes if they took action. By clearly defining ownership and paths for teammates who have ideas for improving processes to get attention and voice their ideas constructively, you’ll eliminate a lot of fear and uncertainty, and clear a path for your team to take decisive action. In this case, once clear ownership and accountability roles were defined, the teams were able to figure out a solution that wouldn’t negatively affect patient care or the hospital’s bottom line. By collaborating across departments, they defined three potential solves: allocate more ICU beds to med-surg, change the staffing levels in the ICU, or move overflow med-surg patients to a similarly staffed ward. Optimizing nursing ratios is a key component to cost savings, ensuring that care is being appropriately aligned while also minimizing staffing deficits.

Benchmarks and productivity reports do a good job of identifying problems, but they don’t empower your leaders to take charge and own both the problem and the solution.

Imagine that you’re given all the ingredients to make cheese souffle for the first time, except you don’t have steps to prepare it. Unless you’re a skilled baker, you’re bound to mess it up if you tried and even more likely to walk out of the kitchen and give up. That’s what often happens when benchmarks and productivity reports are given to hospital leaders. Without an understanding of the ingredients within the report, how their properties change when applied to different departments and how to plan for that differentiation, the resulting action plan will most likely miss key considerations and fail. Instead of a fluffy souffle you end up with a rubbery omelet.

Most hospital leaders started out as caregivers who worked their way up to managerial positions, which means they’re less likely to have strong backgrounds in financial analysis or change management. They most probably haven’t seen an action plan that includes lean methodologies, let alone have the training to develop a detailed one. This is where benchmarks by themselves fall flat. They identify the problems and maybe highlight possible solutions, but missing are the incremental steps needed to achieve success. Without this, hospital leaders are bound to feel frustrated and disappointed and no closer to actual cost savings.

They’re also less likely to buy into new targets defined by upper management. When your team lacks the change management skills they need to work towards a new set of goals, those new goals can look unachievable even when they’re realistic.

Benchmarks alone don’t work – especially when it comes to healthcare cost savings. Too many hospital leaders find themselves at a dead end once they have the reports in hand because they weren’t told that it’s not as simple as analyzing the data. In our final post of the series, we’ll give a breakdown of the cultural change that will stop the vicious cycle of gathering and analyzing data, and enable your team to move beyond benchmarks and realize true operational change.

Move on to Part 3 to learn about the culture change that will help your organization move beyond the benchmark and realize material labor cost savings.

Before we kickoff the final post of our strategic cost management series, let’s take a quick detour. Imagine you are the winner of a DIY contest at...

Hospitals: Benchmarking is Not a Cost Reduction Strategy

In healthcare, benchmark studies and productivity reports are the gold standard for leaders looking to make their facilities more efficient, provide...

There’s something to be said about an organization that’s stacked with long-term employees, especially in the healthcare sector. Healthcare workers...